A day in the life of Shaymaa

Shaymaa is a 19 years old Palestinian girl who considers Daraa’, in Syria, her home because it is where she spent the first half of her childhood. She has suffered from the same ordeal as her grandparents, who had to flee Palestine asking for refuge. Because of the Syrian war, Shaymaa was displaced from her home and she now lives in Ain al-Hilweh Palestinian refugee camp in Lebanon, an hour south of Beirut. 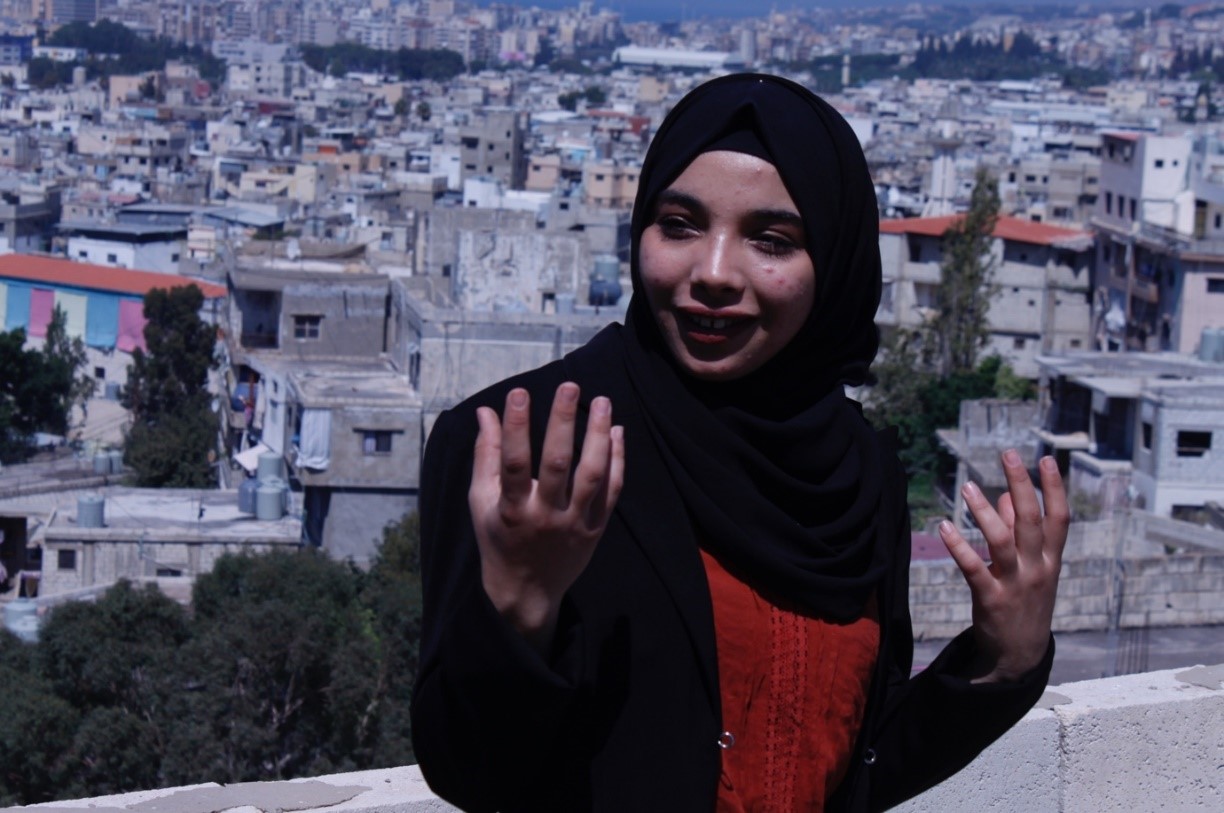 Shaymaa was very keen to join the GAGE participatory young researcher team. When her team was preparing the interview questions, Shaymaa was excited and added a number of questions about issues she wanted to know about her mother and grandmother. Shaymaa was particularly interested in understanding her community’s religiosity during their youth and the effect of that on girls. She was also interested in understanding the changes in the political context in Ain al-Hilweh camp, so she added questions related to conflict and the armed factions. Shaymaa wanted to know if her mother and grandmother were subject to the same harassment that she and her peers are subject to from some of these groups in the camp. 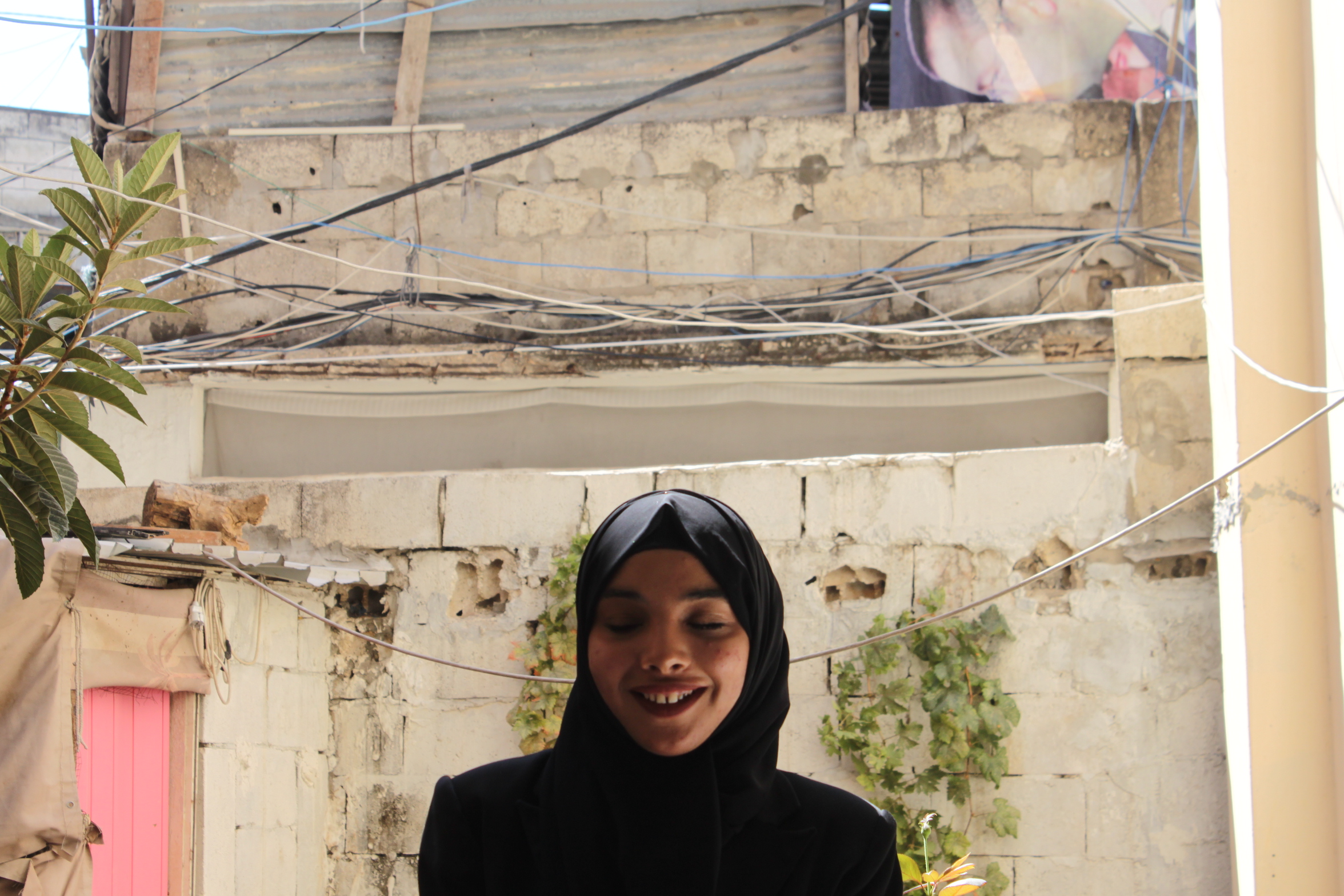 After the training, Shaymaa went home to do her first interview with her mother. She was so excited that she started asking questions immediately. Shaymaa ended up doing not one but four interviews; with her mother, grandmother, her aunt, and her friend’s grandmother. The interviews ignited her curiosity about the different experiences of the older women she knew, and how they were similar and different from her own adolescence. 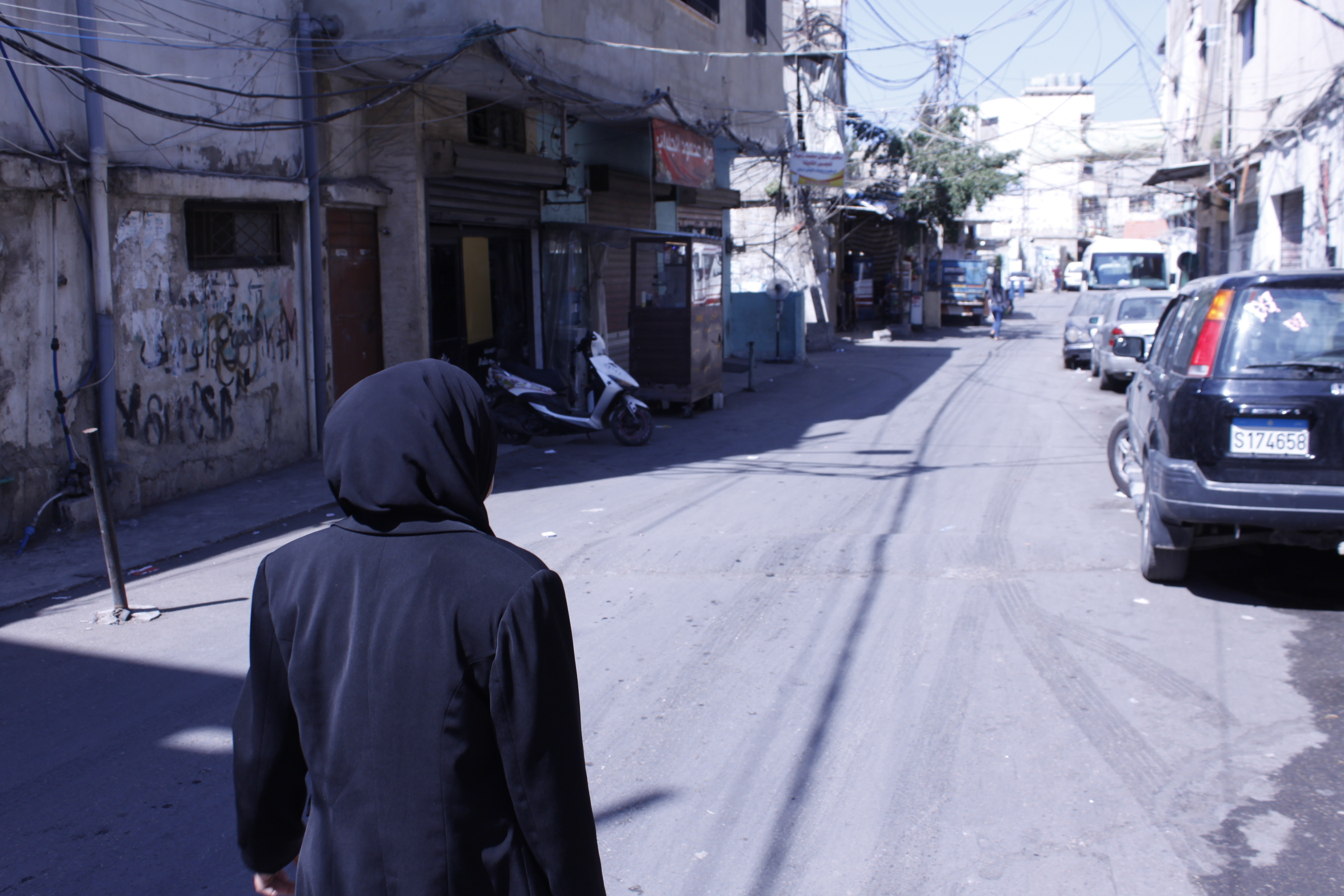 Through the interview with her mother, Shaymaa learned that her mother who never had the chance to receive a proper education, has never aspired to get any because girls her age were not given many education opportunities. Her mother’s aspirations were limited to learning sewing, which she could not. Her grandmother passed away when her mother was 10 years old. Although her mother was very young, she had to take care of her little sister who at the time was only 40 days old. Shaymaa also realised that her mother and grandmother lived almost the same life and that there were no changes for girls between their generations. 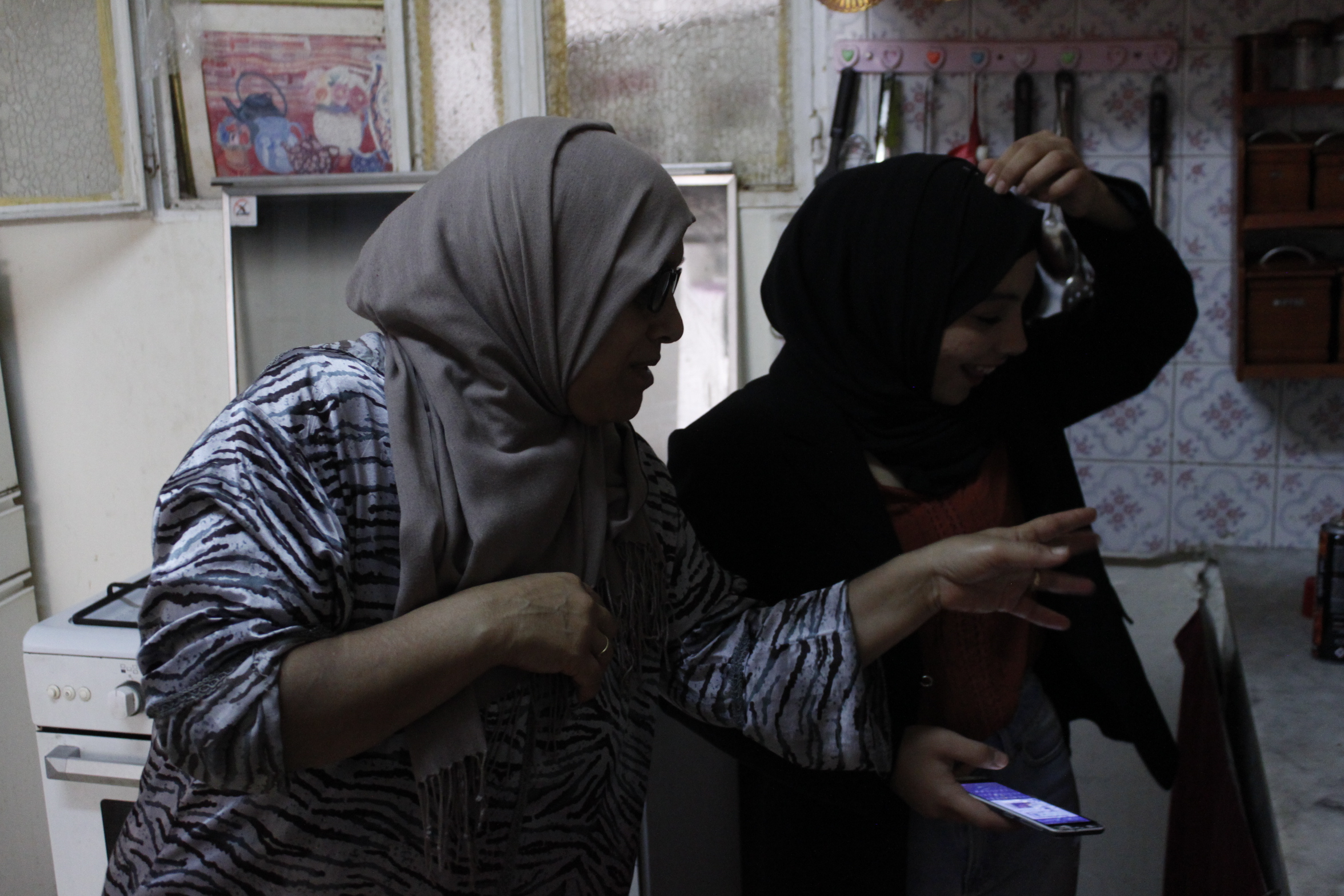 Now Shaymaa has the chance to study and follow her dreams socially and professionally. She hopes to complete her higher education outside Lebanon, where she feels there are more chances for her to work and enjoy life to the fullest. According to Shaymaa, “in Lebanon, Palestinians are only allowed to apply for a limited number of jobs.  We are not allowed to work in the field of our major in university.” 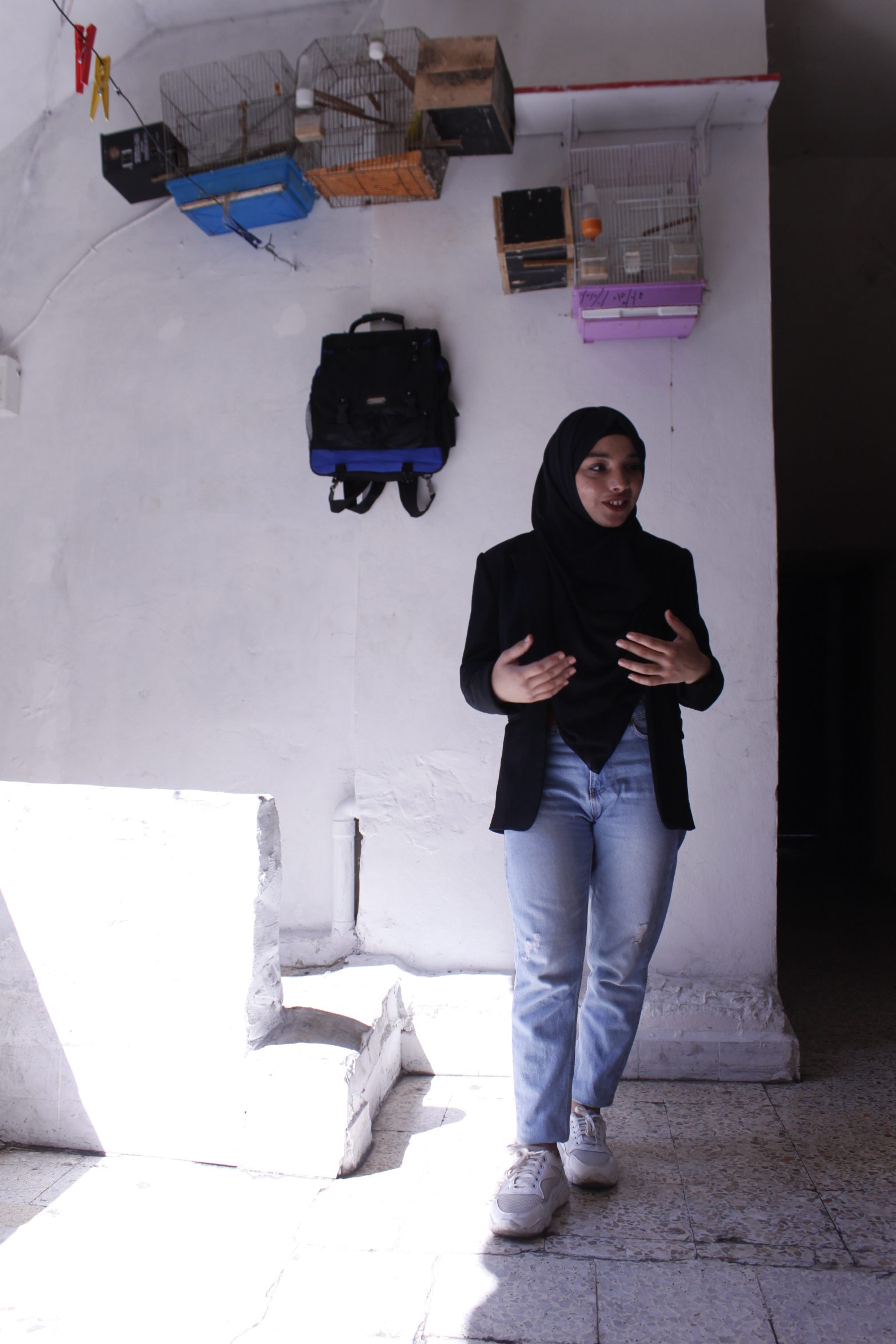 Using participatory photography tools, Shaymaa wanted to highlight the changes that happened for girls over generations. Through her photos, she wanted to talk about the way embroidery was the only source of income for her grandmother’s family and how her grandmother had to work in embroidery to educate her brothers while she received no education. During the time of her mother, women were allowed to do a few things but mostly limited to embroidery, which also became her mother’s profession. Shaymaa’s mother now designs vintage Palestinian embroidery, which she sells in Lebanon and to customers abroad. As for Shaymaa’s generation, due to the increased awareness in her society on the importance of education and the increased availability and access to schools, organisations offering courses, and universities, girls have more opportunities, in both education and in work. For Shaymaa, embroidery is something she just does for fun. 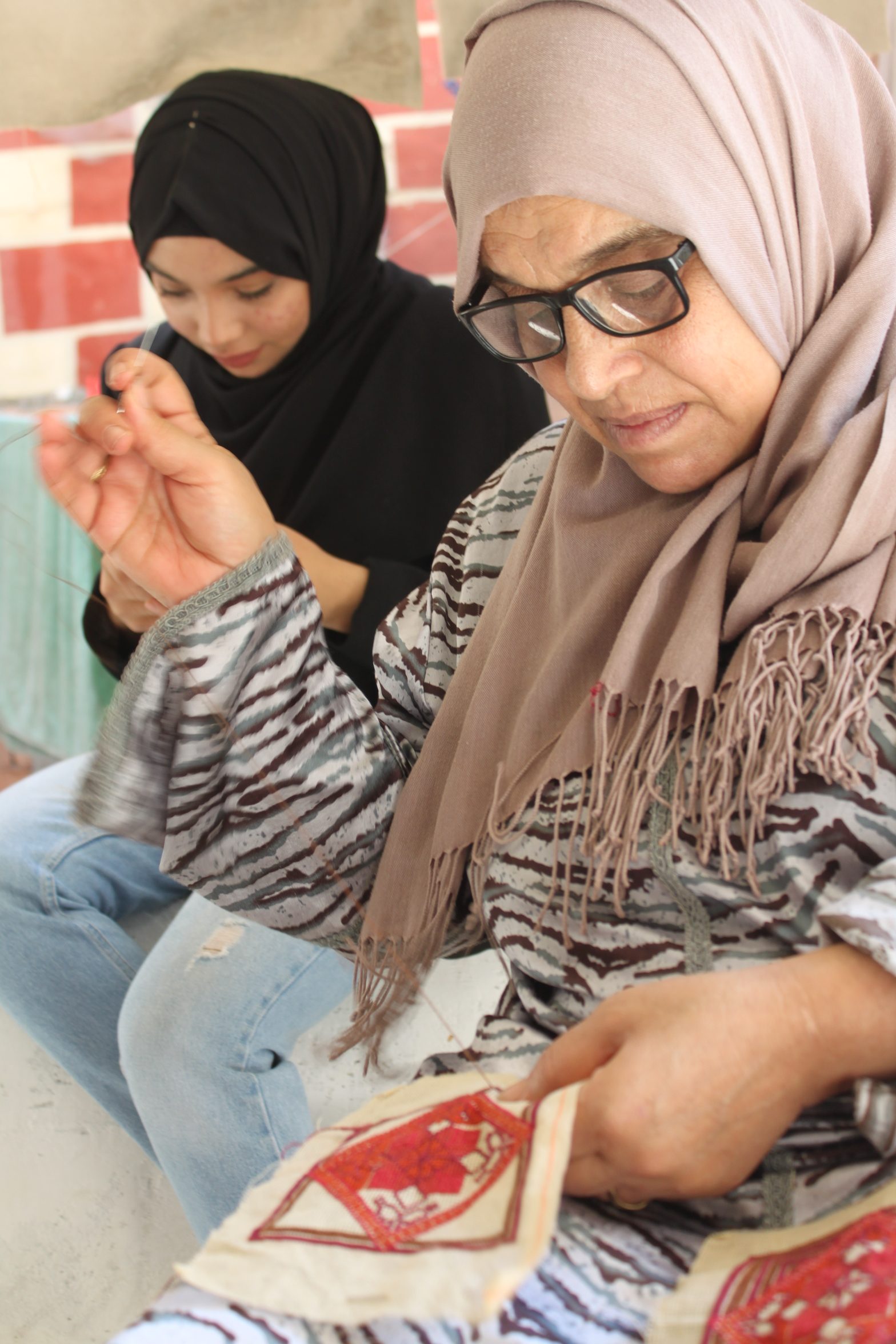 Shaymaa usually starts her day by cleaning up the house, and then heads out to attend her classes. She is studying Business and Accounting at a vocational school run by a non-governmental organisation. When she returns home, Shaymaa helps her mother prepare lunch for the family. Unlike her grandmother and mother who were confined to the roles of housework and cooking for their families, Shaymaa likes having the freedom to do whatever she wants. All the same she enjoys helping around the house for the sake of the family. 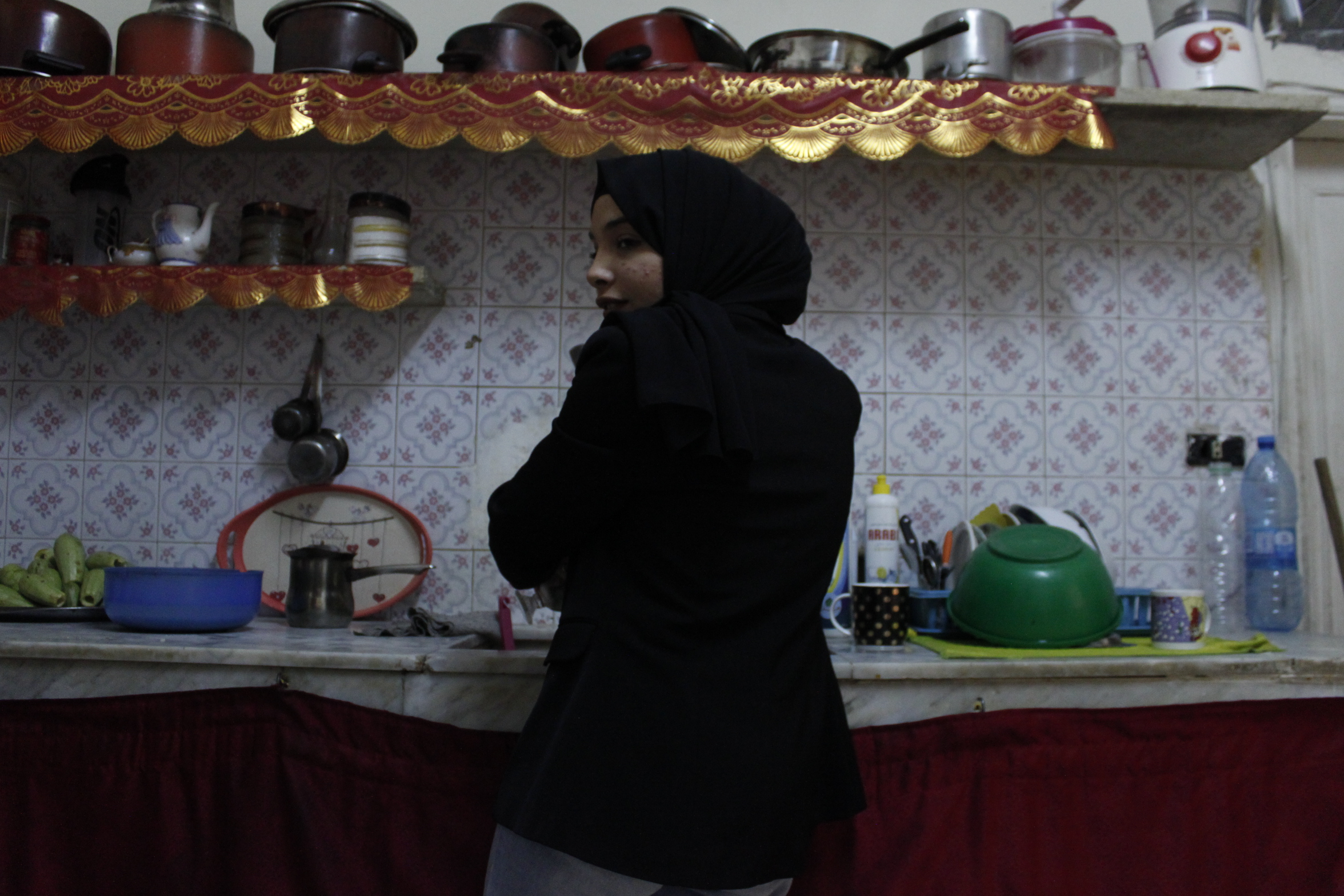 When she goes home after class, Shaymaa must pass through different neighborhoods and alleys. Some of them are safe, but some might become conflict zones between different political factions in the refugee camp in a matter of seconds. Shaymaa has gotten used to seeing weapons and hearing shots fired very close to her house, but she still manages to go around by herself because she likes going to her friend’s house and attending her classes. Shaymaa was surprised to learn from her mother during their interview that the camp used to be much safer at the time of her mother and grandmother’s adolescence years. Shaymaa thinks that armed political groups in the camp have caused all the conflicts and insecurity in the camp. Moreover, unemployment had led some young adolescent boys to join these parties and to become radicalised. She thinks that this has had a negative impact on the girls in her community, so that they are always under surveillance and have limited mobility due to fears for their safety. 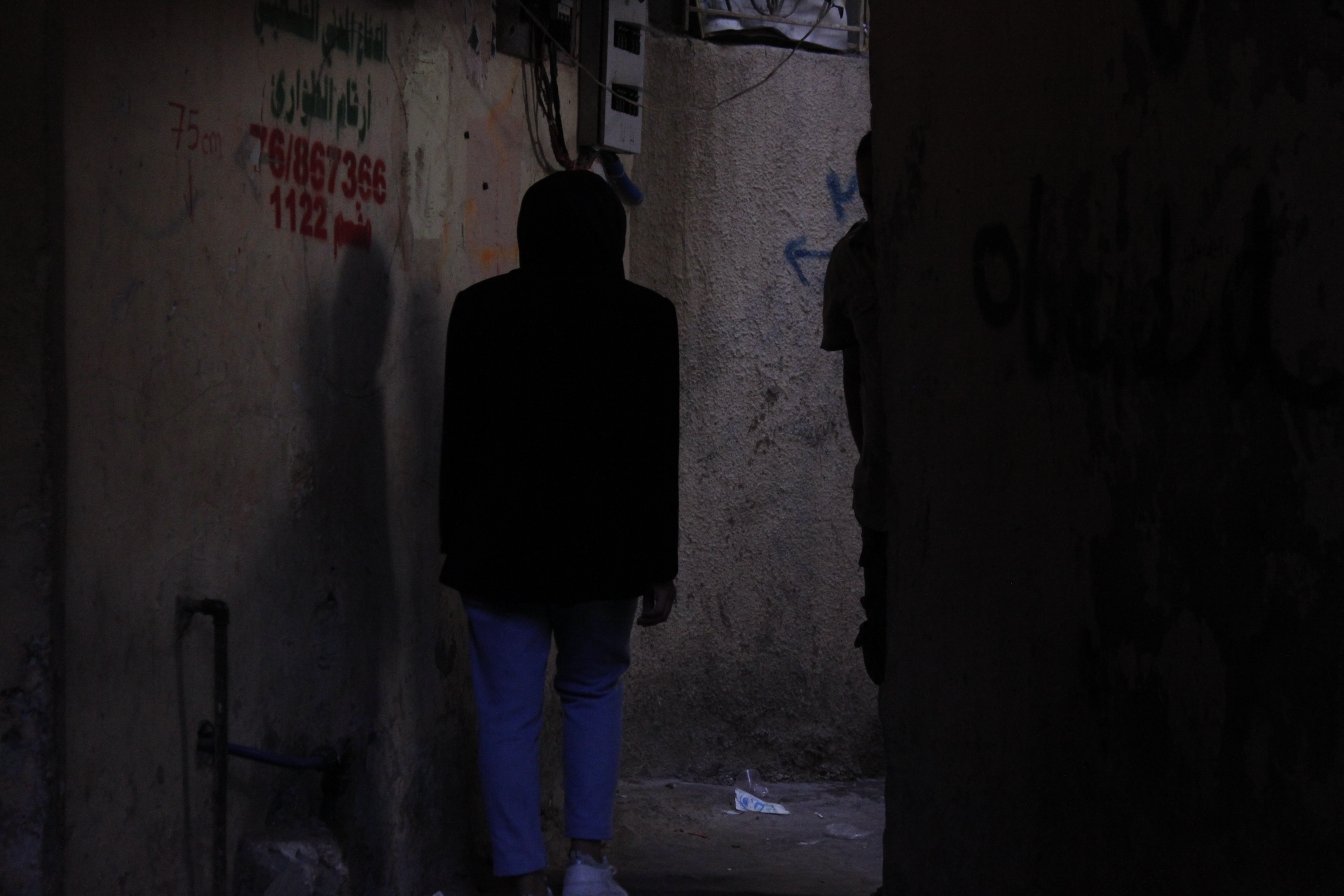 Although Ain al-Hilweh camp is considered to be one of the most conflict-affected areas in Lebanon, Shaymaa travels easily through it. Shaymaa considers Ain al-Hilweh to be her second home, as she moved there when she was a child and grew up there. She knows all the streets and neighborhoods, which routes to take in the camp and which to avoid. To do the interview with her friend’s grandmother, Shaymaa took a specific route to reach her house. This interview made Shaymaa realise that girls’ and women’s experiences varied immensely even if they were of the same age. She was surprised to find out that her friend’s grandmother was an independent woman. She used to work and her family allowed her to go wherever she wanted without any supervision. By contrast, Shaymaa cannot go outside Ain al-Hilweh camp without supervision; she usually has a male relative accompanying her. She does not like the idea of a “baby sitter”, but sometimes she thinks that it helps her avoid harassment. 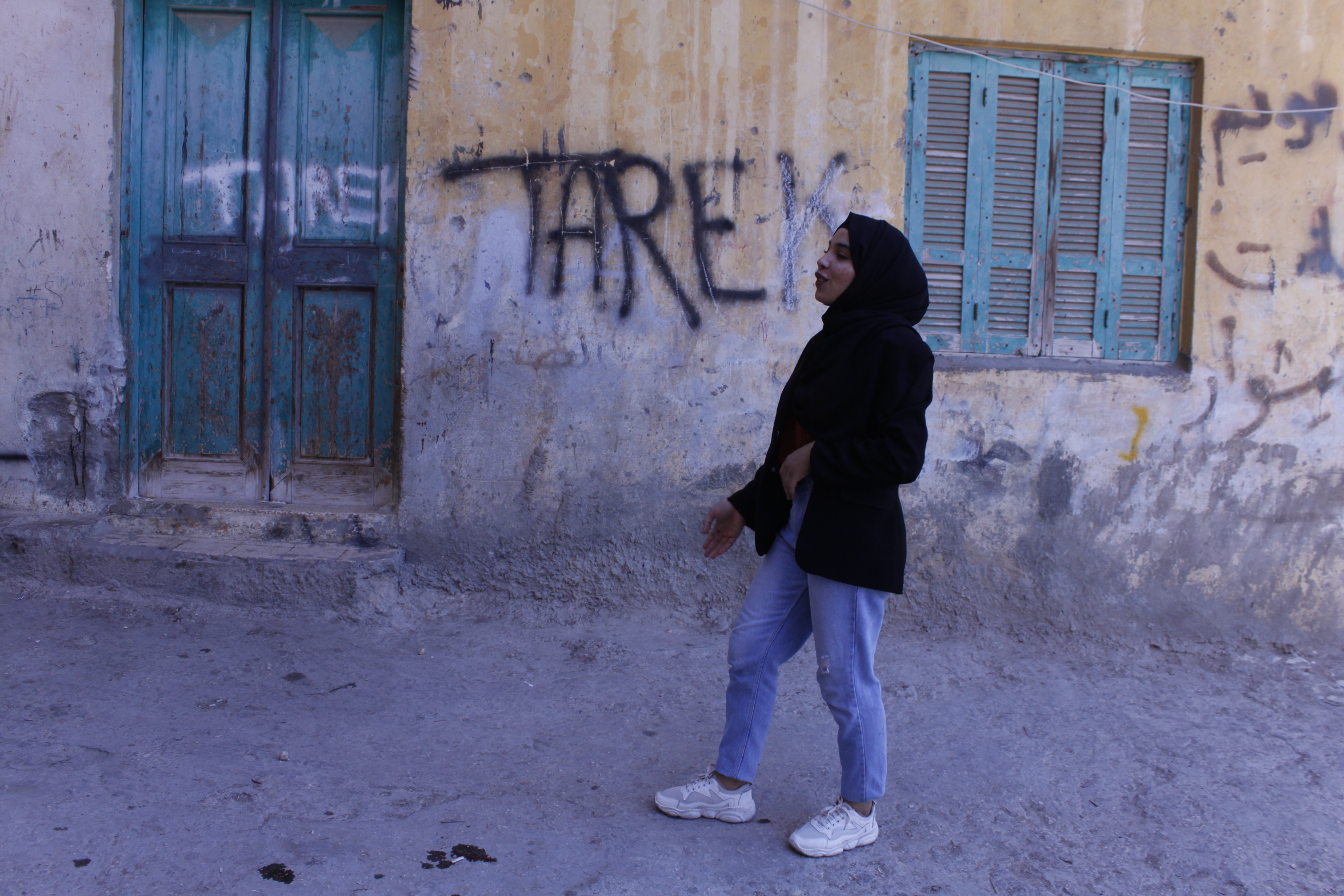 Shaymaa realised through her interviews, however, that some traditions which restrict girls’ mobility have not changed over time. Girls are typically given a curfew to be home by sunset and this has remained the case since her grandmother’s adolescence years. Shaymaa wanted to represent sunset as a form of ‘prison’ for the girls in her community who have never been able to enjoy it. 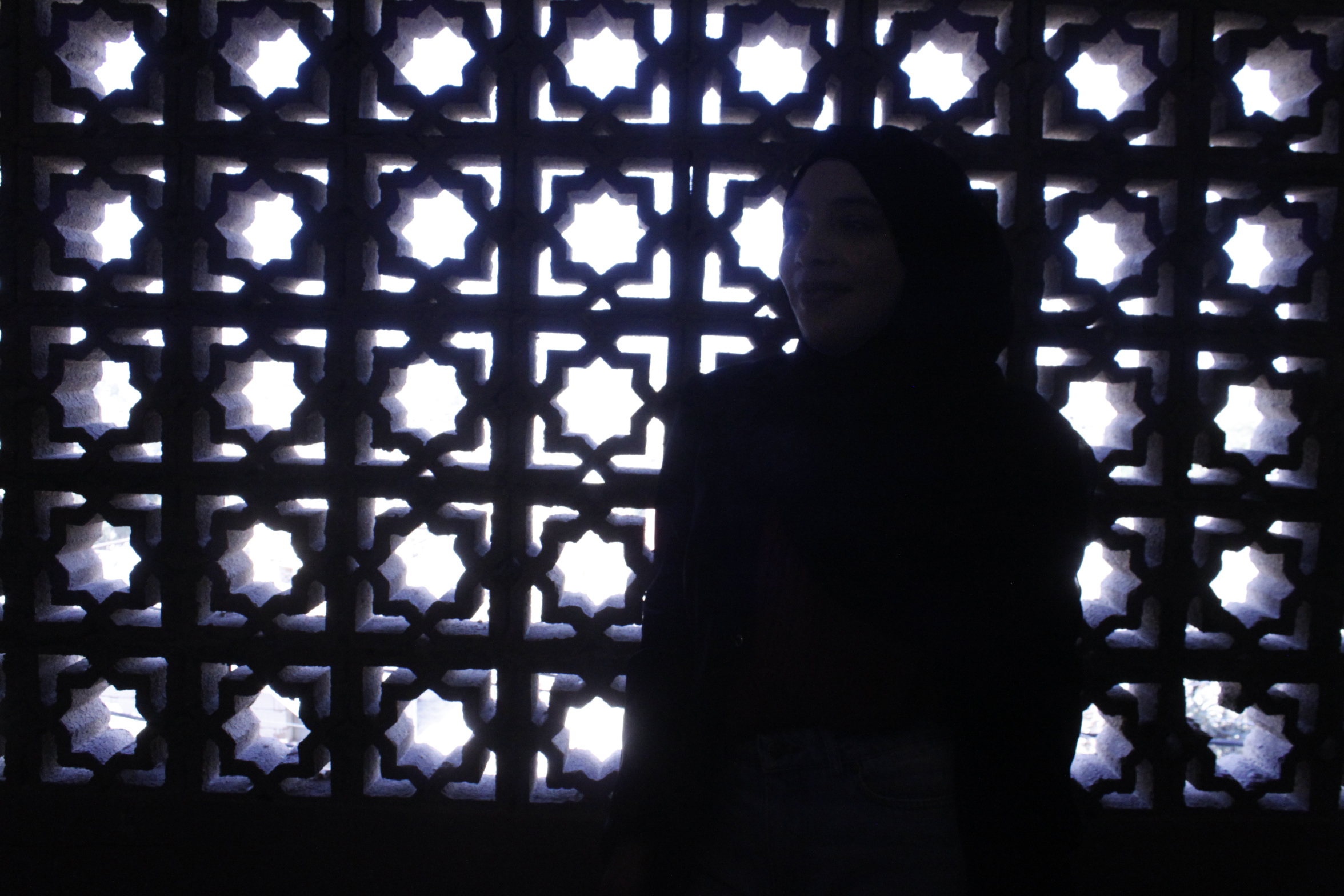 Although Ain al-Hilweh is considered to be a conservative community, Shaymaa thinks it is less conservative than her village in Syria. Despite all the challenges she faces in Lebanon, she considers moving to Lebanon to be a positive event in her life as she gained more freedoms and even her family are more lenient with her in Lebanon. Through the interviews, Shaymaa realised that the immediate community and its culture have a great influence on girls’ freedoms and mobility. This is why her family became more lenient with her in the less conservative society in Lebanon. Through the interview with her aunt who grew in a northern city in Lebanon, she realised that her experiences were completely different from those of her mother. She relates this to the different settings, where her mother grew up in Ain al-Hilweh camp, her aunt grew up in a Lebanese city with a more open community. 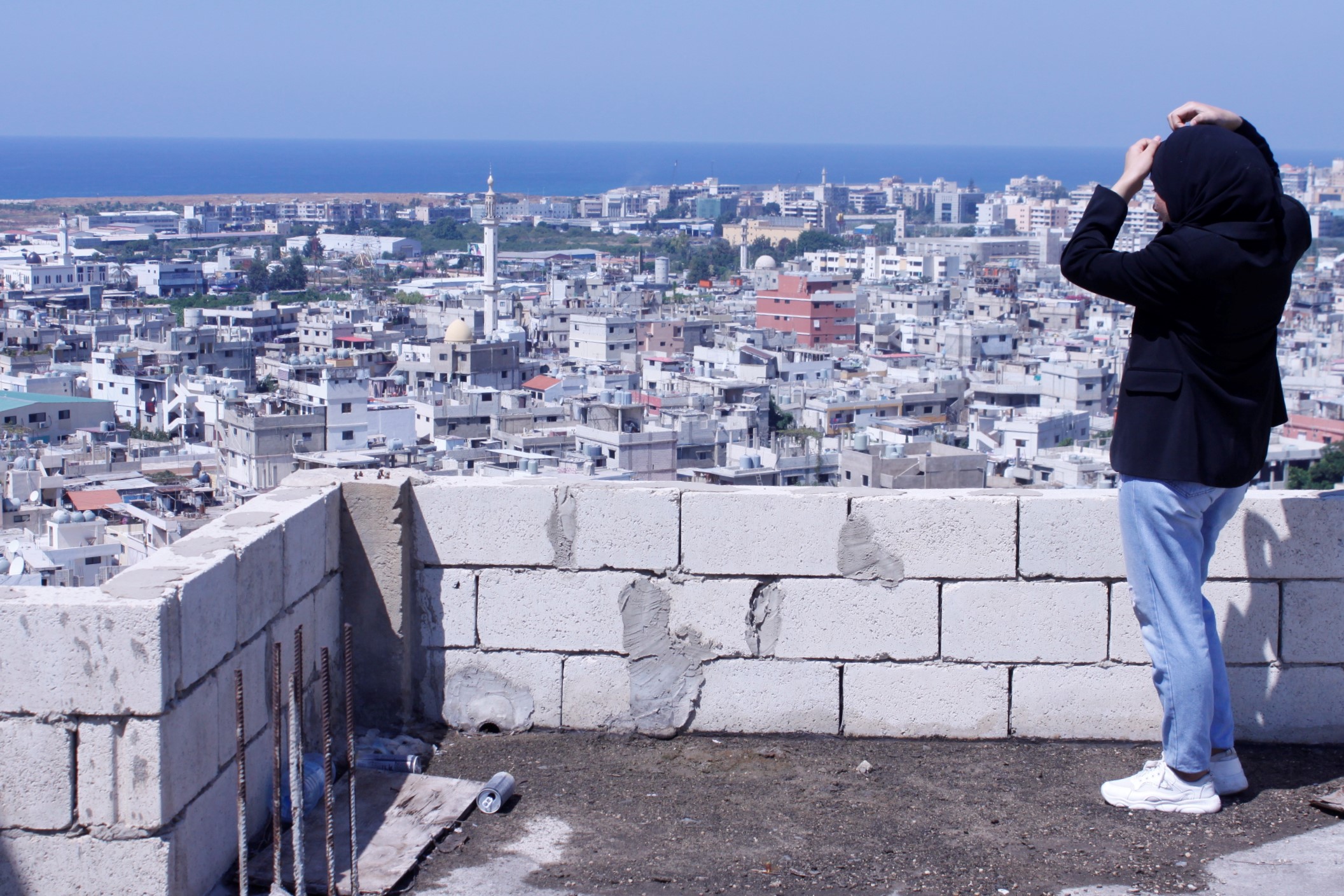