This collection of photo stories outlines the challenges adolescents face in Lebanon in the context of both worsening environmental conditions and the current economic crisis. It includes stories and photographs composed by Lebanese, Palestinian and Syrian adolescents.

Baalbek city suffers from a public sanitation problem. Garbage is thrown everywhere—on the streets and into rivers. Even medical waste is simply tossed out improperly. The city does not have adequate infrastructure to deal with all the trash produced in a modern world.

Given the volume of garbage, solutions need to be multifaceted. They should include regularly cleaning the streets, increasing the number of garbage containers in the city, daily garbage collection, and sanctions against public littering. The municipality should also cooperate with local organisations to sort, sell, reuse and recycle garbage– as well as build awareness among residents by sorting garbage at schools.

– An 18-year-old Lebanese girl in Baalbek

The streets of Baalbek are filled with garbage. But that is only half the story. Baalbek’s landfill, Kayal, is located in a neighbourhood controlled by a powerful clan that is totally protected by political parties. This clan has complete control over the landfill and often burns the garbage to collect metal from it and sell it.

Burning the garbage is very harmful for the city as the smoke, the ashes and the smell are pervasive and cause many health problems for residents. In the past, when residents tried to protest they were  beaten by clan members. Now residents have learned to be silent.

The government needs to step up and build a waste sorting facility and work with residents to sort waste and dispose of it properly.

Palestinians living in Ein el-Hilweh refugee camp, especially those living nearest the landfill, are buried under garbage. There are literally mountains of garbage accumulating in the streets. This attracts all manner of pests, breeds illness, and is impacting residents’ mental health because they cannot escape from the odour. Sunday is the worst—because that’s the day that UNRWA sanitation workers take off.

Because Ein el-Hilweh’s garbage is often burned on-site, the odour of decay is only replaced by the odour of smoke—which leads to different health issues for residents.

UNRWA needs to install more garbage containers and launch a recycling programme. If people were paid to recycle, they would do it more. They should also hire more sanitation workers, move the landfill away from houses, and stop burning garbage.

Lebanon’s economic crisis has resulted in severe fuel shortages due to monopolies and smuggling. Violence has erupted around gas stations, as people scramble to buy what fuel is available, and many families are forced to do without—because fuel prices are so high. People have had to quit their jobs because they cannot afford to get to work.

In Lebanon, however, fuel is not just about transportation. Because most people—and even schools—use generators for electricity, the lack of fuel means that people cannot heat their homes, cook, or study. In some cases, children have gone hungry so that families can save money to buy fuel for heating.  In other cases, families are living in cold, dark houses so that they can eat.

– A 17-year-old Lebanese boy in Baalbek 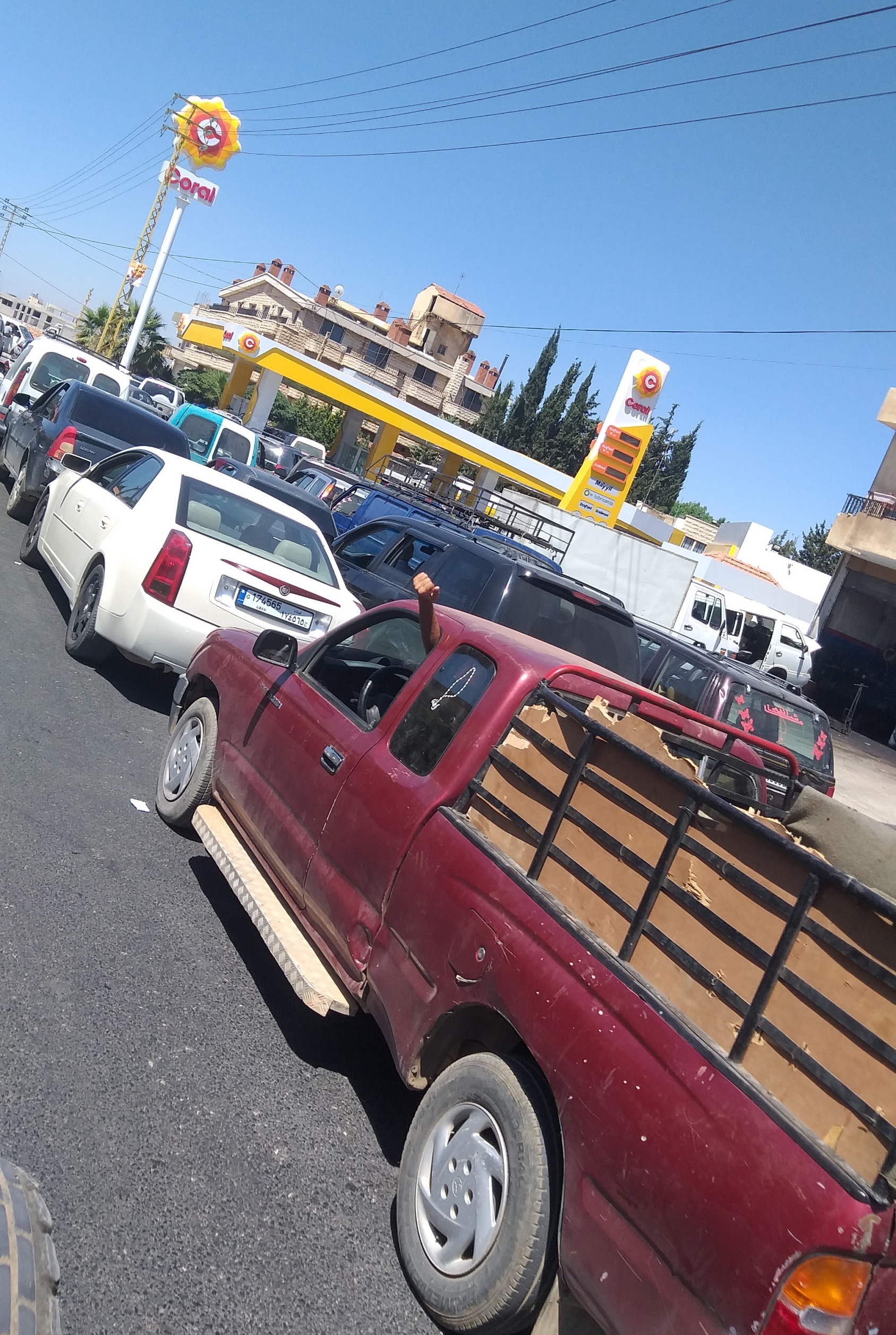 Access to electricity ought to be a basic right. But in Lebanon it is not.

With the fuel shortage, the government now provides electricity only a few hours a day—if that. Some households go days without electricity. Fuel is so expensive that only the wealthiest can afford to run generators.  Homes are dark. Meals are uncooked. Students cannot study. Professionals cannot work. 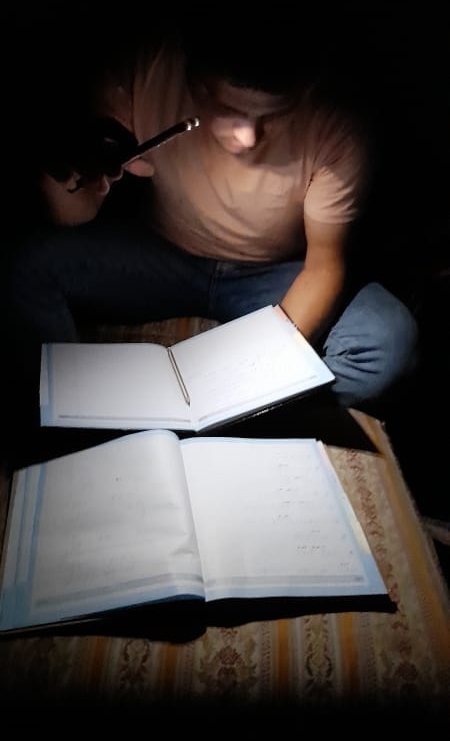 In most neighbourhoods, access to electricity is complicated by theft. People illegally tap into electrical lines. This brings the whole grid down, because cables are cut and catch on fire.

However, there is one neighbourhood in Baalbek city that always has electricity. The electrical company is located in that neighbourhood, which is home to a clan that uses weapons to make sure they have continuous access to electricity.

Peaceful protest seems to accomplish nothing in Lebanon. The government does not listen. More NGOs need to launch solar energy initiatives. It is our only hope. 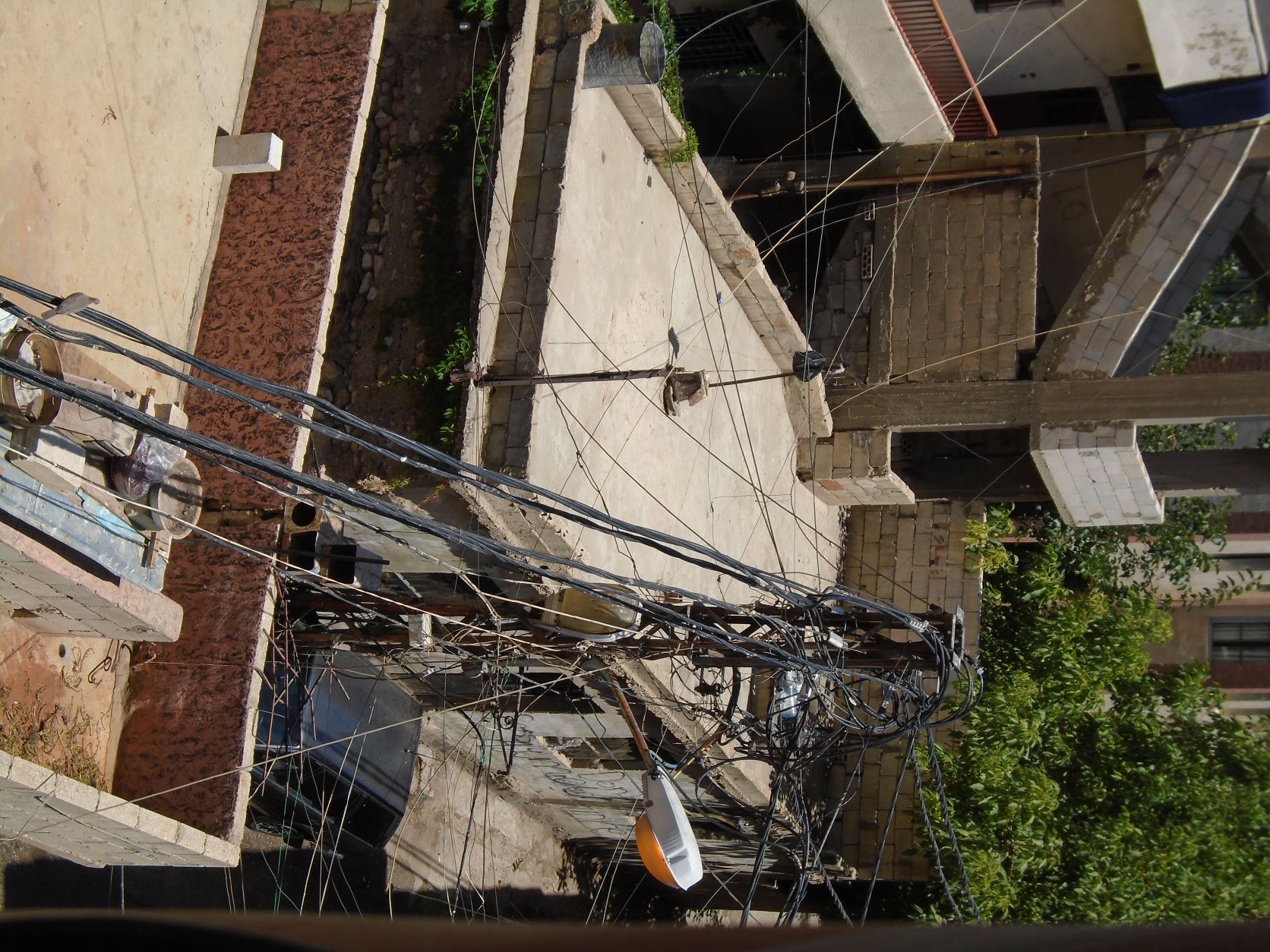 In Baalbek city, raw sewage is dumped into the river because the sewage infrastructure is old and not maintained. When it rains, the streets are flooded with contaminated water, putting us at risk of disease.  Severe flooding even forces sewage water into our drinking water! Because farmers use the river for irrigation, we are also at risk of disease from food that has been contaminated by fouled water.

The city needs to upgrade the sewage infrastructure so that it does not leak. 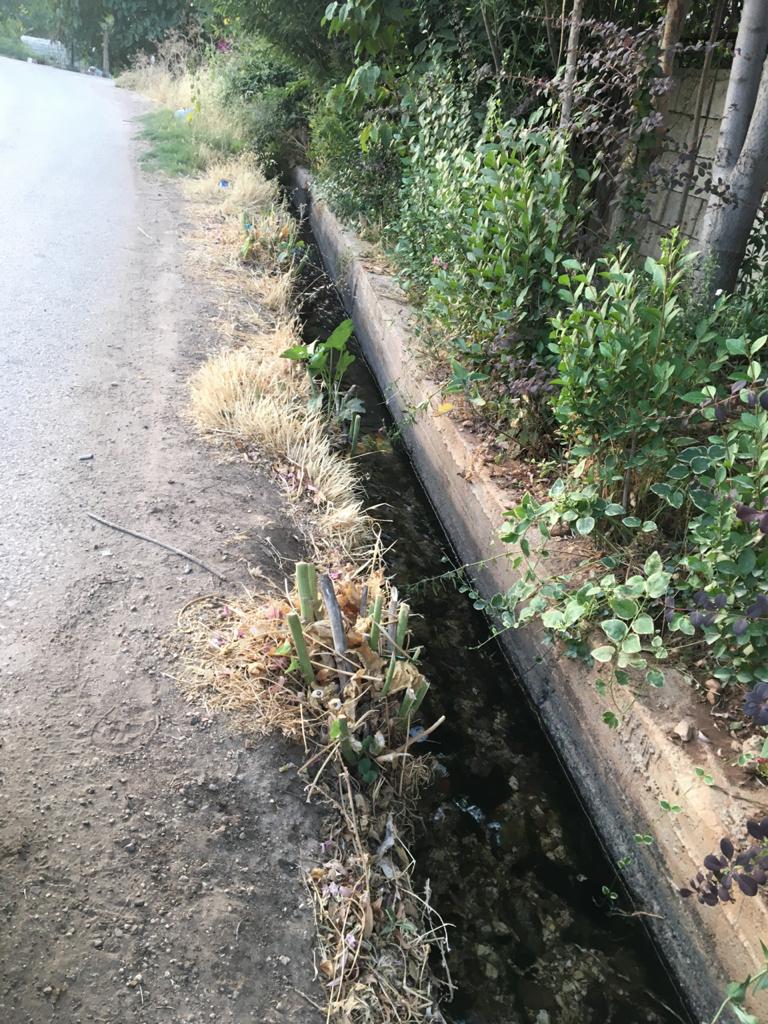 Baalbek city used to have plenty of water. However, we have been facing drought in recent years, due to climate change. Many wells that used to provide water for drinking and irrigation have run low or even dry.  As water levels have dropped, some wells have become contaminated. This has left us at risk of disease. Our food security is also at risk, because we can no longer grow the crops we need to feed ourselves.  The city should collect and store rainwater, to ensure supplies, and invest in ways to safely treat and reuse sewage water.

Baalbek city used to be served by a huge water tower. However, it became contaminated and an entire neighbourhood was sickened. It was shut down and never re-opened. Many households now rely on public springs for drinking water, because access to tap water—like access to electricity—is guaranteed only to those affiliated with the right political parties.

The main spring has been contaminated by leaking sewage pipes that the city has never repaired. One participant recalled: ‘I was once admitted to a hospital for drinking water that turned out was mixed with sewage.’

To make sure people have access to clean water, the city should fix water and sewage pipes, ensure that every house or apartment building has a water storage tank, install water meters and bill people for use (to encourage conservation), and stop discriminating between those who are and are not affiliated with different political parties.

– An 18-year-old Syrian boy in Baalbek

The Ministry of Agriculture needs to work with farmers to reduce water use and improve irrigation practices. The government also needs to build sustainable infrastructure for water, sewage, and garbage to protect our health and our environment.

– An 18-year-old Lebanese girl in Baalbek 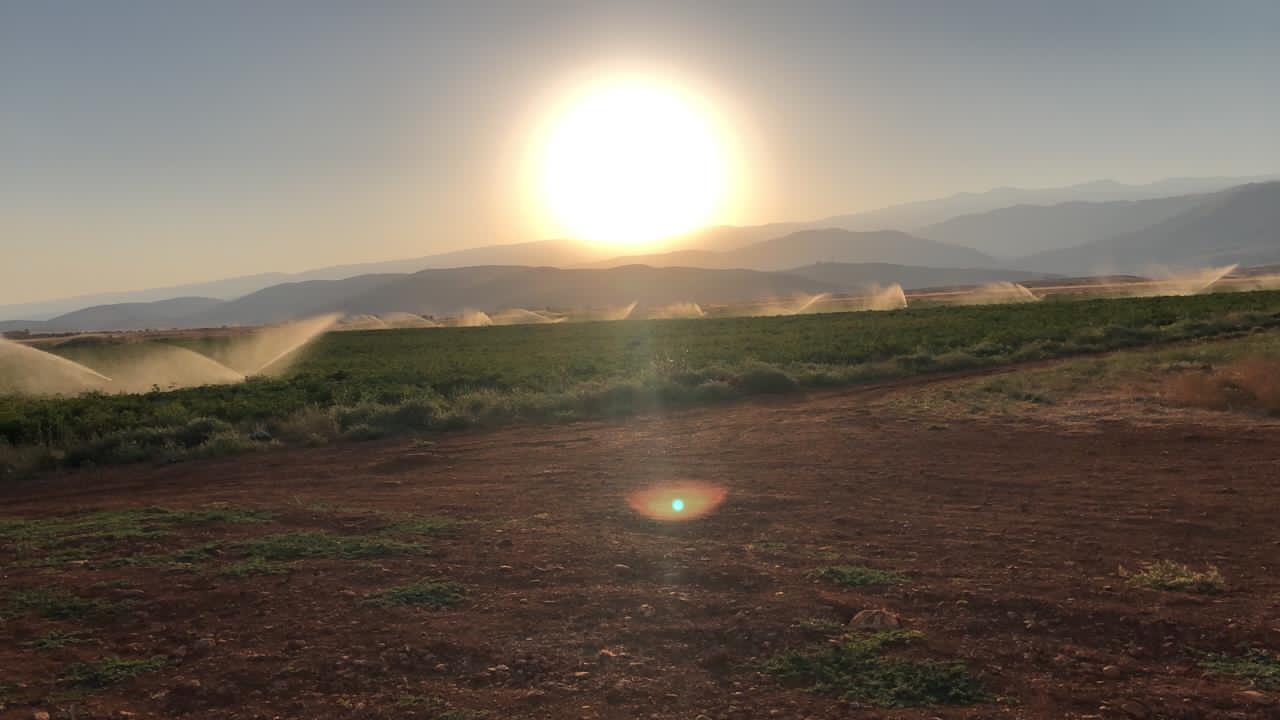 In the past, many people in Baalbek depended on agriculture for their livelihoods. However, as the price of water and fuel (for water pumps) has increased, farmers have been forced to leave their fields fallow because they cannot afford to farm. Unemployment has climbed and an increasing number of young men have turned to drug trafficking for an income.  The government needs to better support farmers and pay more attention to the impact of drought. 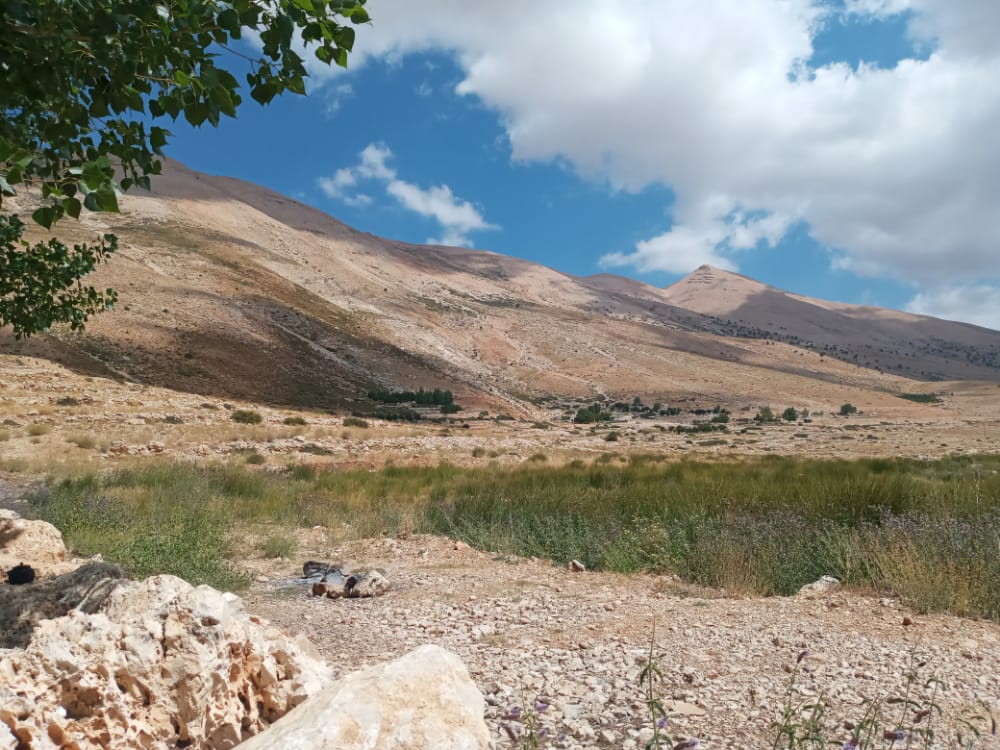 I have participated in several programmes run by NGOs. Three years ago, I joined a reforestation project where I planted trees on the mountains around Baalbek city. I carefully tended them, helping them get established despite the difficult conditions. I was paid and treated well, learned a great deal about trees, and made new friends. However, this past year, water ran short. Although we carried heavy buckets of water up hill, most of the trees died. 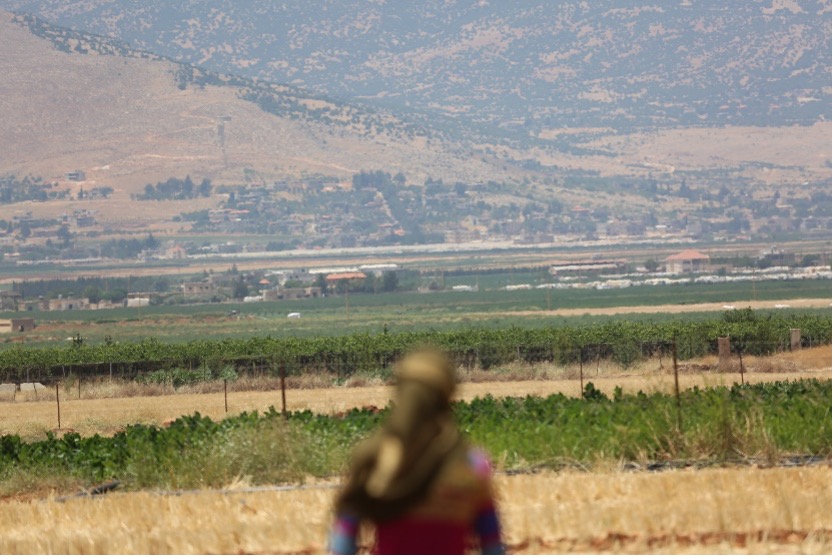